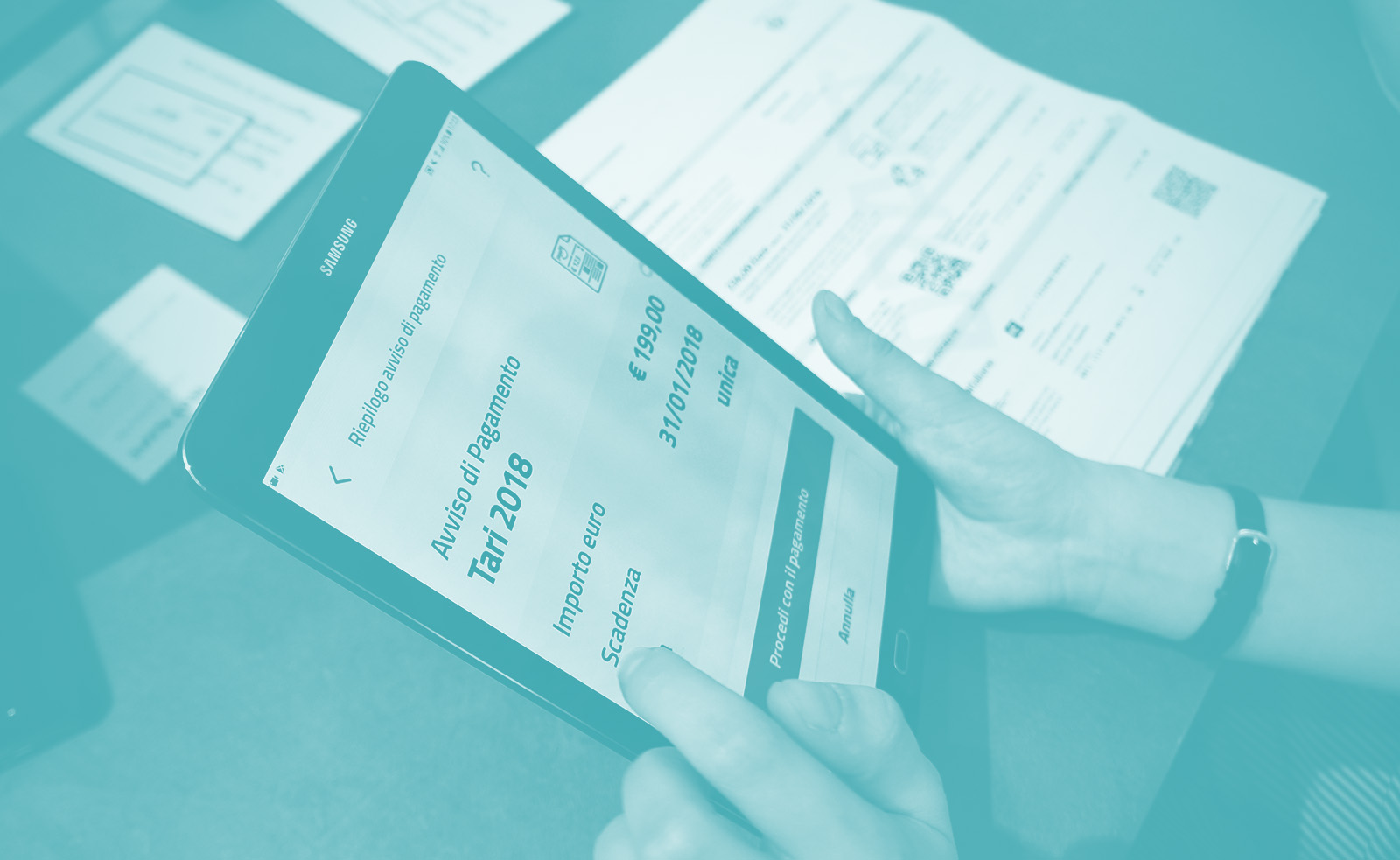 Bringing user research into the design of digital services for the public sector.
challenge
How can citizens participate to the definition and development of key digital services, such as the payment system, to interact with all the public institutions?
PROCESS
We structured a sequence of checkpoints along the development process to invite citizens to interact with the digital prototypes and assess both the service logic and user experience.
OUTCOME
The insights collected during the research sessions were immediately integrated into the design and development sprints to refine the main criticalities and shape the vision for future versions.

Digital transformation in the public sector is not a simple endeavor. It requires the integration of many scattered system elements and the building of new infrastructural solutions in order to enable the contemporary online modes of service delivery. At the same time, the designed solutions must be perfectly accessible and comprehensible to millions of citizens with different levels of digital literacy. During our collaboration with the Digital Transformation team of the Italian Government, we were asked to establish a way to validate the design choices directly with final users, testing either mock-ups or prototypes according to the stage of development. This activity involved enabling platforms like SPID and PagoPa, as well as brand new service projects like the IO app. 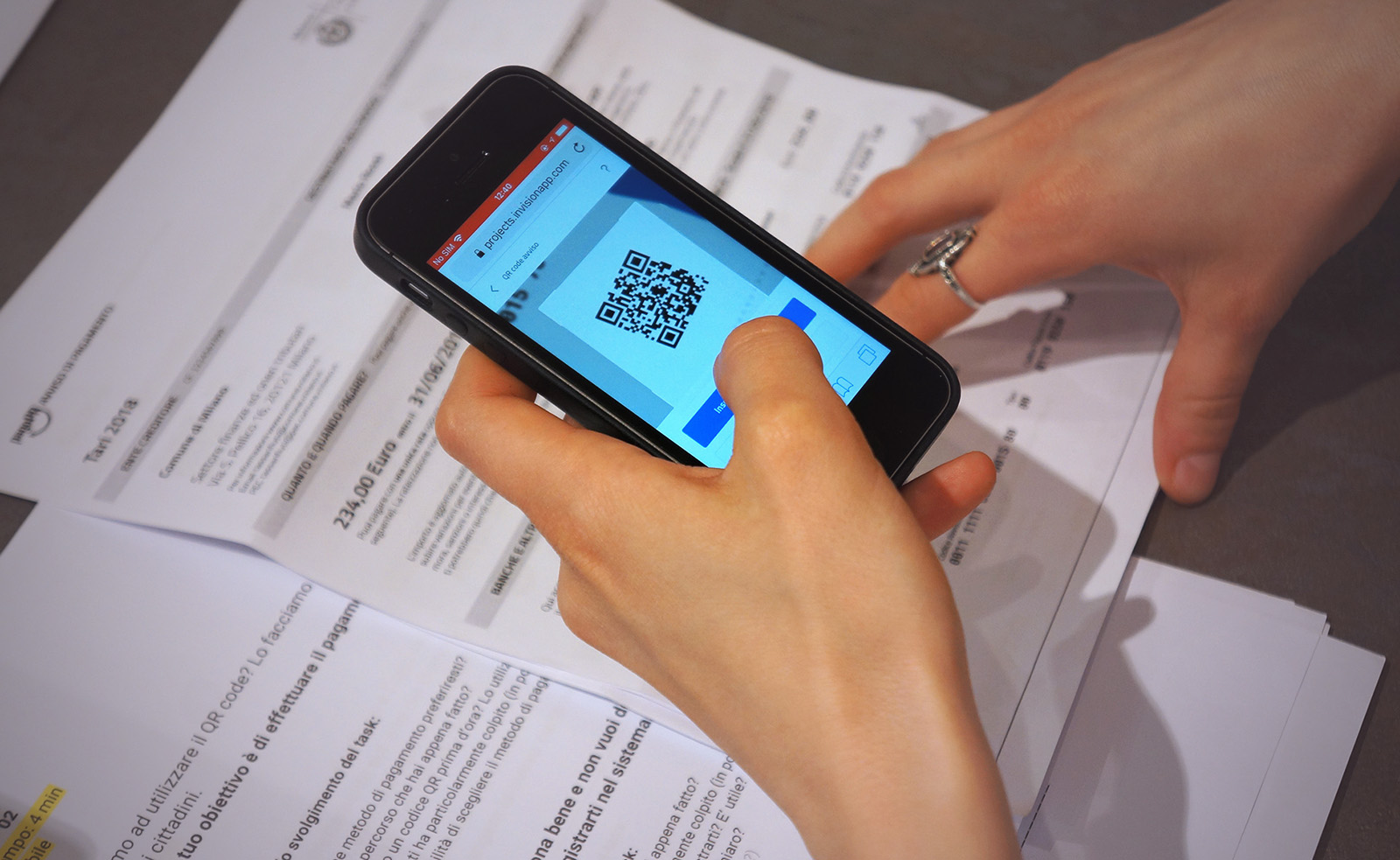 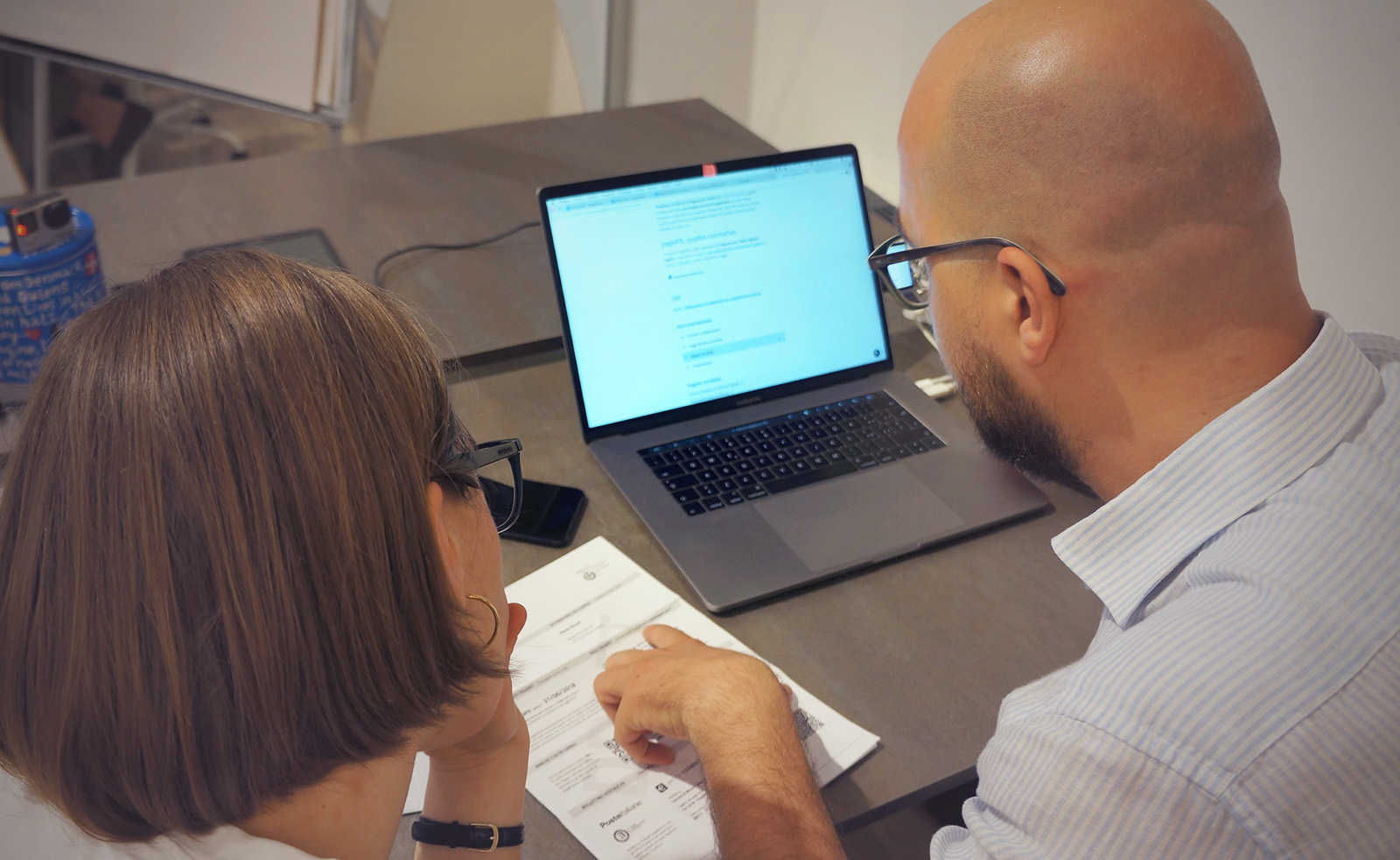 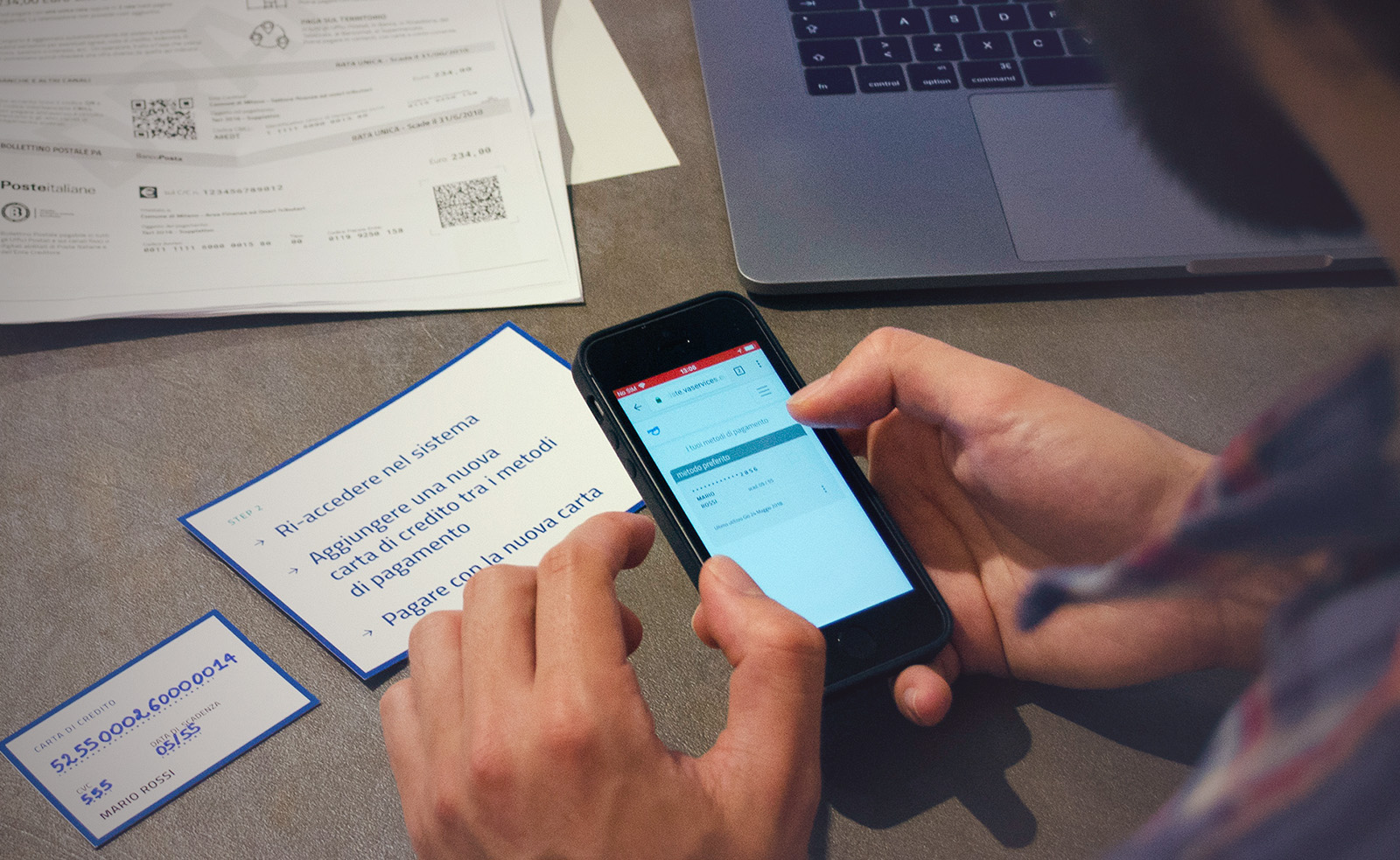 In terms of test structure, we always started by isolating the key features and user flows of a given service, to create plausible sequences of tasks in which a citizen might have approached that specific interface. The scenarios often needed to simulate additional moments of interaction, beyond the digital experience, such as initiating the payment process from the simulated paper notice before going to the payment interface. Expanding into the bigger context is a key to dig deeper into the efficiency of different integrated touchpoints and understand users' mental models.

Also, shifting from desktop to mobile versions of the prototypes is important to come close to real-life usage, where people may collect information at their desk but then do the operations on their phone while commuting. In terms of organization of the sessions, we launched open calls for participation through both social networks and announcements in public offices, pointing to some survey questions aimed at a light profiling of the participants. In this way we could build in short-times a pool of contacts to get in touch in different cities, and plan for a continuous engagement.

At the end of each round of research (10-15 participants), we prioritized outcomes by level of urgency and complexity, highlighting both the user experience and system level improvements. Often, the most critical point was not the interaction mode or UI design, but the narration of the service features: improving the content layer has become a huge priority and the insights collected during the testing were a precious resource for content design. Analyzing the criticalities in the flows also informed the definition of metrics to monitor the service use after the launch.